The Tulip and Cygnus X-1

The most prominient part of the image is the Tulip Nebula, cataloged as Sharpless 101 (Sh2-101). It is a H II region emission nebula lying at a distance of about 6,000 light-years from us. It is called Tulip Nebula because it resembles the outline of a tulip when imaged photographically.

At the right of the Tulip Nebula there is located the brightest X-ray source of the constellation Cygnus, discovered in the middle '60s. It consists of a bright blue star (HDE 226868) and a high mass very small object that orbit around each other in a period of 5,6 days. This object was one of the first candidates for a black hole, but astronomers were unable to determine the hole’s exact nature for a long time. By 2011 they managed to measure its distance with high accuracy, so now the numbers show that the the compact object has a mass of 15 Suns and its diameter is about 50 kms only. That means this is a black hole. The black hole pulls gas off the surface of the star and this gas heats up and shines in X-rays as it falls towards the black hole. At the same time a pair of relativistic jets form as well and they emanate perpendicular to the accretion disk of the black hole. The curved bow shock structure shown in the image is the result of one of these jets interacting with a dense interstellar material. 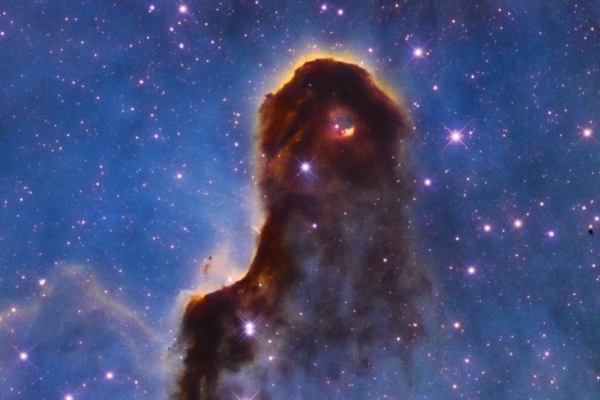 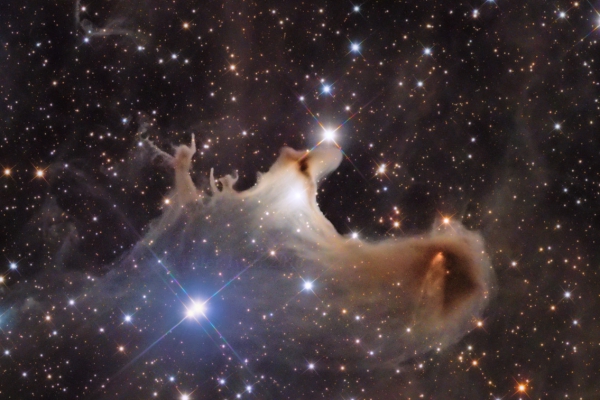 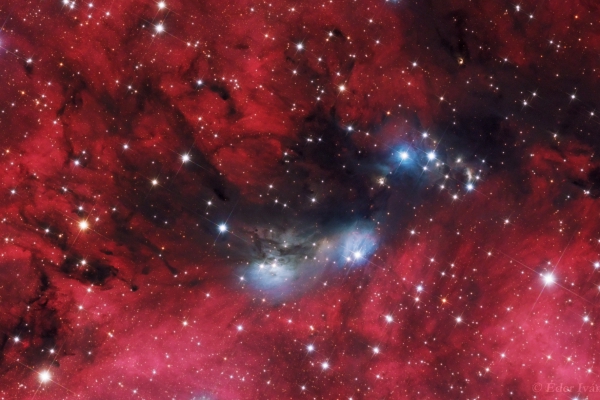 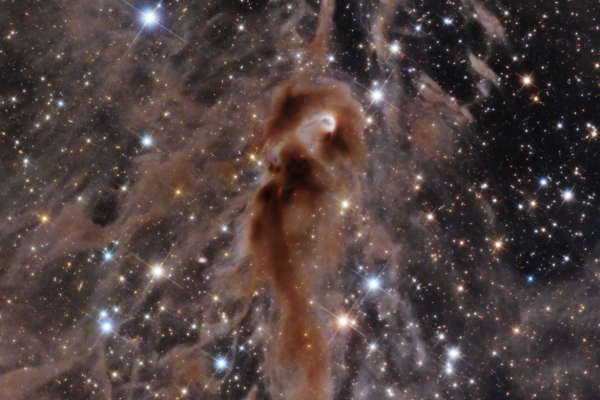 Seahorse Nebula LDN 1150 in Cepheus
astroeder.com tries to provide a better user experience using cookies. By clicking the accept button you can accept the use of cookies. You can find more information in the Data Management Policy.