These famous large and bright galaxies lie about 12 million light years from Earth. They locked in a gravitational struggle for the past billion years or so. Their most recent close encounter likely resulted in the enhanced spiral arms of M81 (left) and violent star forming regions in M82 (right). M82 is being so energetic, the galaxy glows in X-rays (not seen in this image). After repeated passes, in a few billion years only one galaxy will remain. From our perspective, this cosmic moment is seen through a foreground veil of the Milky Way's stars and clouds of dust. Faintly reflecting the foreground starlight, the pervasive dust clouds are relatively unexplored galactic cirrus, or integrated flux nebulae, only a few hundred light-years above the plane of the Milky Way.

It took nearly 25 hours of total exposure time to record this faint integrated-flux (IF) nebula. Data was collected over three seasons, in 2009, 2011 and 2012. The majority of the exposures were taken in March 2012 over three nights. 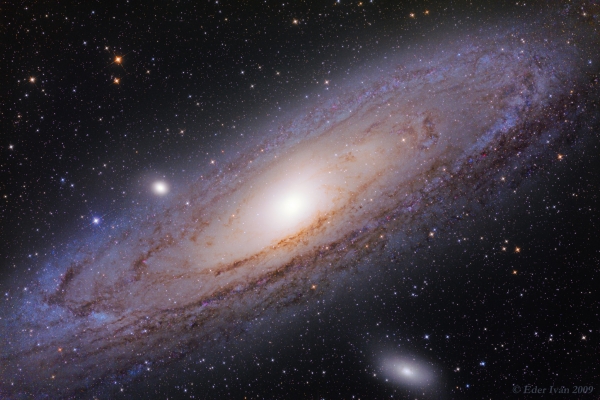 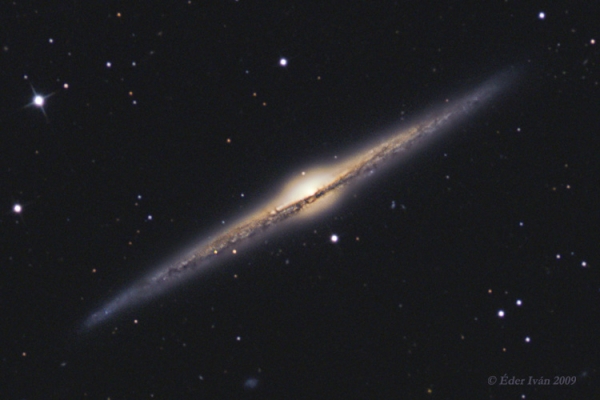 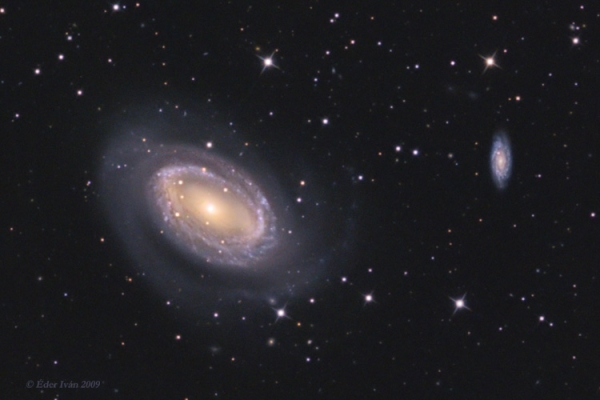 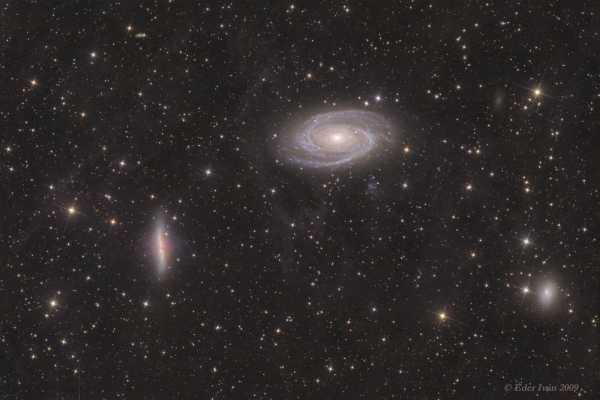 M 81-82, and Integrated Flux Nebula first, 2009 version
astroeder.com tries to provide a better user experience using cookies. By clicking the accept button you can accept the use of cookies. You can find more information in the Data Management Policy.