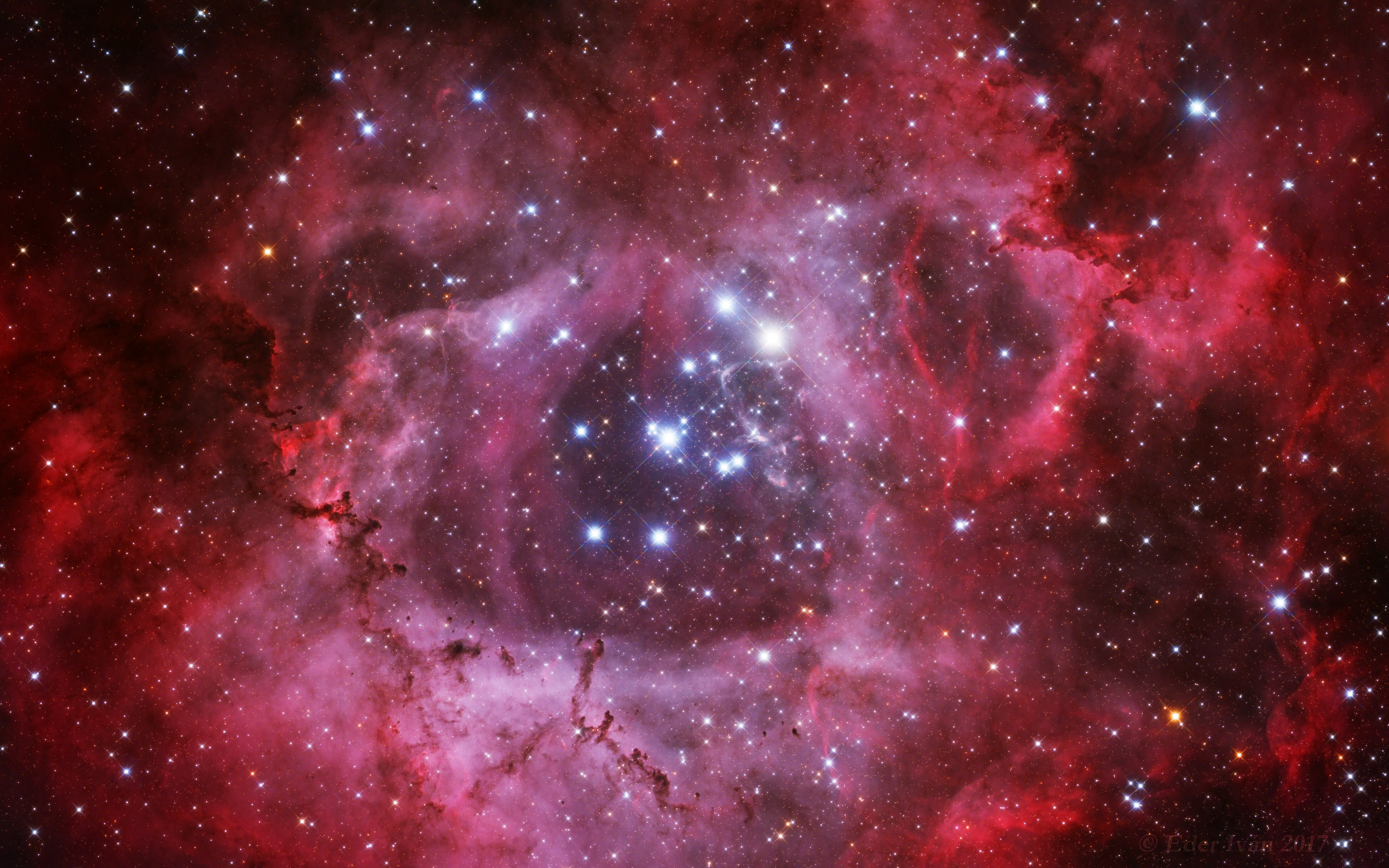 The Rosette Nebula (NGC 2237) is a large, spherical H II region located near one end of a giant molecular cloud in the Monoceros region of the Milky Way Galaxy. The bright open cluster NGC 2244 in the center is closely associated with the nebulosity, the stars of the cluster having been formed from the nebula's matter a few million years ago.

The cluster and nebula lie at a distance of some 5,000 light-years from Earth and measure roughly 50 light years in diameter. The radiation from the young stars excites the atoms in the nebula, causing them to emit radiation themselves producing the emission nebula we see.

A survey of the nebula with the Chandra X-ray Observatory has revealed the presence of numerous new-born stars inside optical Rosette Nebula and studded within a dense molecular cloud. Altogether, approximately 2500 young stars lie in this star-forming complex, including the massive O-type stars HD 46223 and HD 46150, which are primarily responsible for blowing the ionized bubble. Most of the ongoing star-formation activity is occurring in the dense molecular cloud to the south east of the bubble. (wiki) 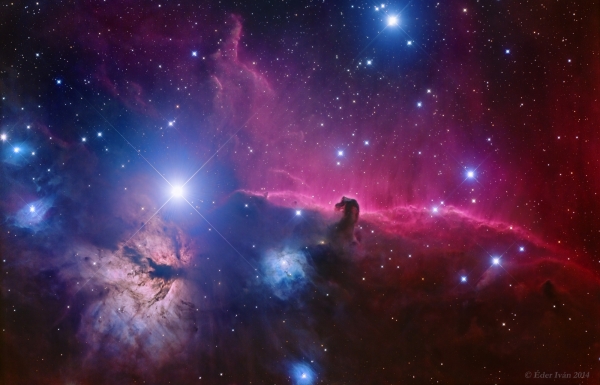 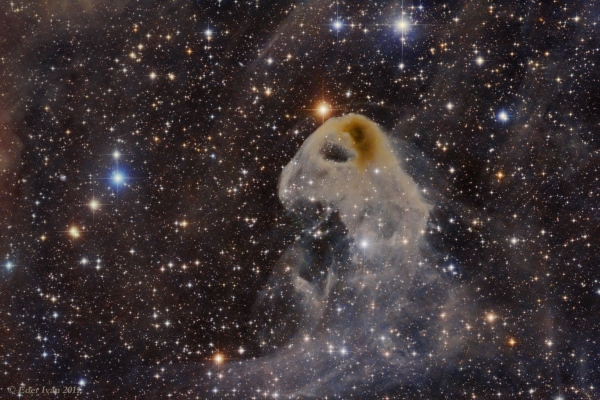 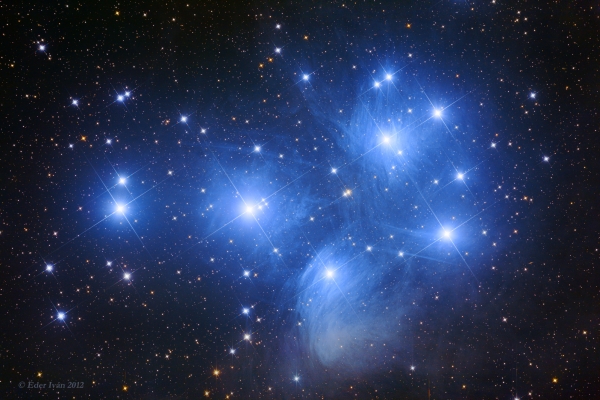 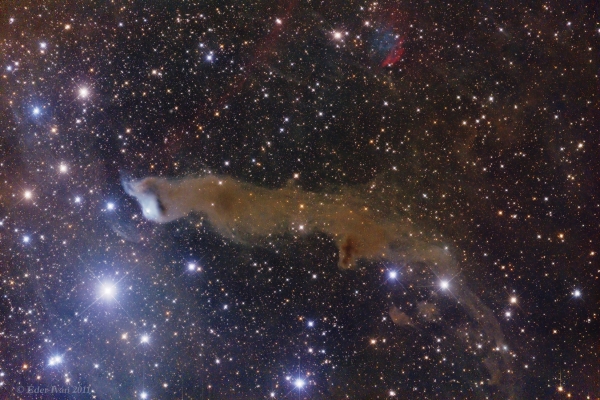 The VdB 152 Nebula Complexin Cepheus
astroeder.com tries to provide a better user experience using cookies. By clicking the accept button you can accept the use of cookies. You can find more information in the Data Management Policy.