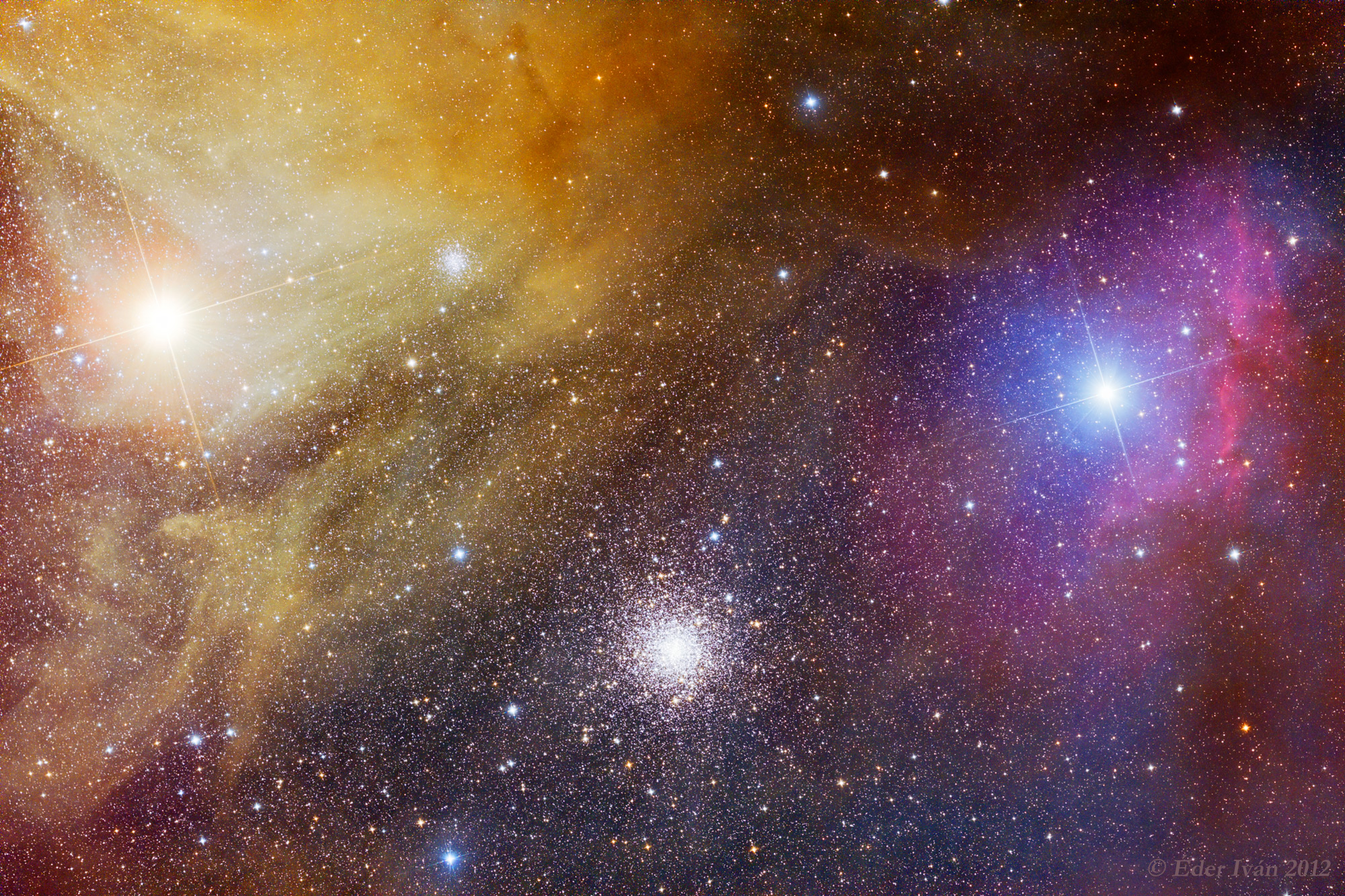 The brightest star of Scorpius, Antares is the red supergiant star shown on the left. Its diameter is about 800 times that of the Sun, what means if it were placed in the center of our solar system, its outer surface would lie between the orbits of Mars and Jupiter. Life of Antares will be ended soon, it will explode as a supernova in the next few million years. Antares lies embedded in an unusual circumstellar yellow cloud formed by the ionization of the fierce stellar winds blown by the dying star. On the right side of the image the bright star, sigma Scorpii (also known as Alniyat) lights the material of the surrounding nebula and induces to radiate the hydrogen at the same time, creating wonderfully colored reflection and emission Nebulae.

M4 is the bright globular cluster in the middle of the image. Although it is located about 7 200 light years, about 10 times farther than Antares, it is one of the closest globular to us. It was the first globular cluster in which invidual stars were resolved. M4 is a rather loosely concentrated cluster and measures 75 light years across, looks as large as Full Moon from us. It is as bright as it can be seen by naked eye from a dark observing place. 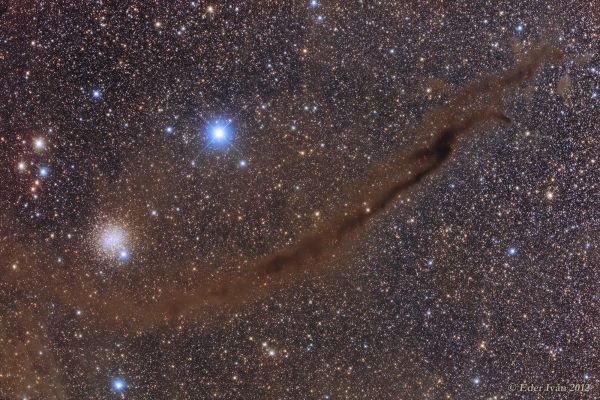 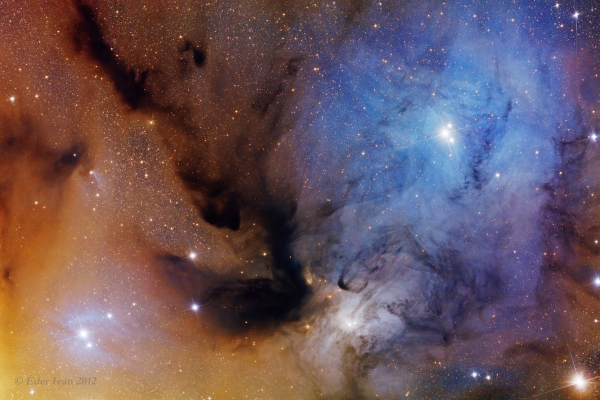 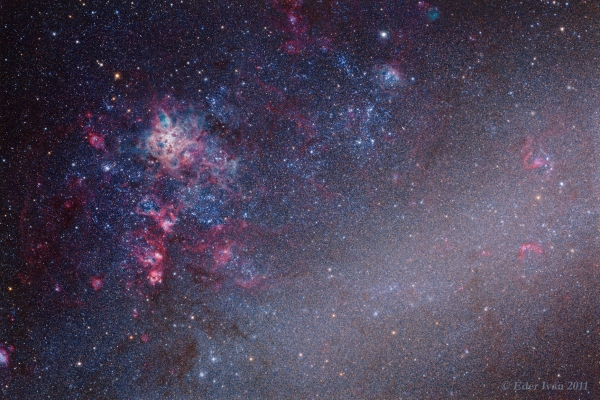 The Tarantula Nebula in Dorado 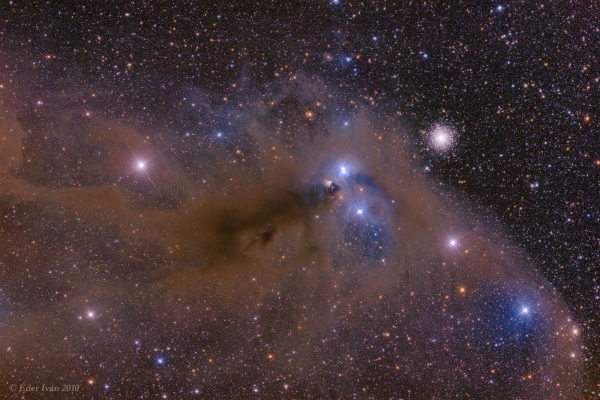 The Anteater Nebula (NGC 6726) in Corona Australis
astroeder.com tries to provide a better user experience using cookies. By clicking the accept button you can accept the use of cookies. You can find more information in the Data Management Policy.